The Angul, being centrally located, serves as the bridge between the western and coastal regions of Orissa. From the available historical documents, it is revealed that the district existed as far back as in the prehistoric and the protohistoric periods. However, Angul still retains its cultural identity, in spite of being colonized by different civilizations. The history of Angul is recorded from the time when it survived as a feudatory kingdom inhabited by the Khonds. But the successive waves of the Hindu immigrants had driven back the Khonds. Finally, the loosely formed principalities of ancient times came under the sway of the Hindu military chiefs, who were often at dispute with one another.

The excavated relics indicate that the earliest ruling families of Angul were the Kadamba Kings belonging to the Kashyapa Gotra. Raja Dhanurjjaya Singh Jagaddeva was the foremost ruler of the dynasty, who consolidated the border villages like Khargaprasad, Mangalpur, and Kamlang and constituted an integrated whole of the Angul Kingdom. The other great rulers of note are Raja Nityanand Singh Jagaddeva, Raja Krushna Chandra, and Raja Somnath Singh. According to the history of Angul, Raja Krushna Chandra is the father of the cultural tradition of Angul. Being issueless, he was succeeded by his younger brother. But in spite of being a competent ruler, he had to acknowledge his territory to the vibrant Marathas. 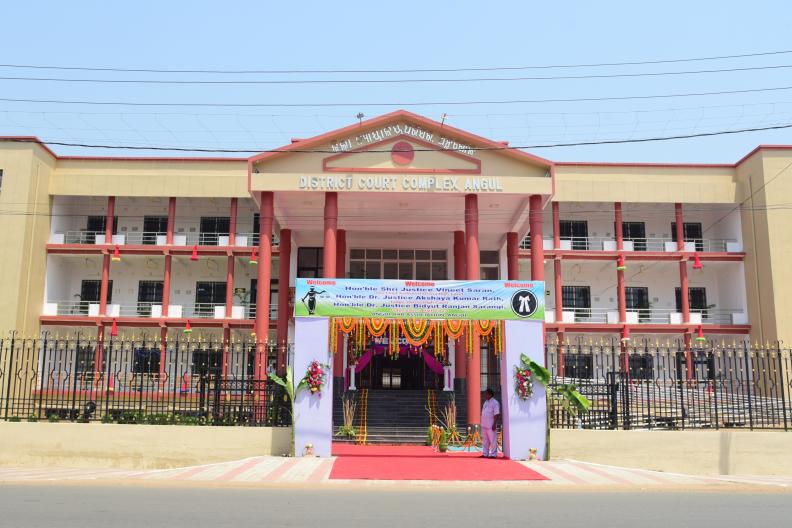 The Marathas ruled the whole of Orissa for a couple of years and finally ceded Angul, along with the entire region of Orissa to the British East India Company in 1803 A.D and thus, the British era started in the history of Angul.

During the British regime, the rulers mainly followed the Company’s direction in ruling the State. Continued disputes for the throne prompted the British Governor-General, Mr. Richardson, to direct the Acting Collector and the Settlement Commissioner for a joint investigation. The Governor-General deposed Prithvi Singh, the former ruler, who was the sole contriver of the troubled situation in Angul and elected Somnath Singh, a boy of 14 years as the eminent successor of the throne of Angul.

As far as the history of Angul is concerned Somnath Singh is the last king of Angul who ruled for as long as 33 years, i.e. from 1813 to 1847. In 1831, the British General Captain Dunlop was determined to depose the king and nominated his son, Loknath Singh Gambhira Samant on the throne by a proclamation and annexed the kingdom of Angul as the administrative unit under the direct provision of the British.

According to the historical facts of Angul, though the native chiefs were apparently at the helm of affairs, yet they acted entirely under the direction of the British Government and the Government was always in favor of occupying Angul from the native chief. Being a developed seat of economy and culture, Angul was always a favorite for the British. Ultimately, the British forces confiscated the entire region of Angul on 16th September 1848. Loknath Singh, the final king, was also deprived of his hereditary right of kingship with a monthly allowance of Rs 50. Angul, thus come under the sway of the British and was administered by the Superintendent of the Tributary Mahals, until 1891, when Angul was constituted as a separate district and the whole land of Khondmals was attached with it. Down from 1891, the British constituted the history of Angul, with a political establishment.

Angul as a separate revenue district of Orissa came into existence on April 1, 1993. Presently, it is the 11th largest district of Orissa in terms of area. It shares common borders with the district of Sundargarh in the north, Deogarh, Sambalpur & Sonepur in the west, Boudh & Nayagarh districts in the south, Dhenkanal & Cuttack in the south-east & Keonjhar in the east. Angul, the headquarter town, is about 160 kilometers from the state capital Bhubaneswar. It is situated on the National Highway No 42, making it well accessible from all parts of the state.

Although it is a new district strategically it is the most advanced owing to its vast coal mines that earn large revenue for the state. The district is also abundant with other natural resources, which helps it to contribute a good amount of revenue to the state government. The district covers a geographical area of 6232 square kilometers and supports a population of about 12.70 lakhs. Big industries like National Aluminium Company (NALCO), Mahanadi Coalfields Limited (MCL), National Thermal Power Corporation (NTPC), Heavy Water Plant, Talcher, Indian Aluminium Product Ltd., etc. are situated in the district. The great natural resources and beauties like Satakosia Gorge over river Mahanadi, famous Budhi Thakurani & Lord Jagannath Temple, the unique puppet dance “RavanChhaya” signify the rich culture and tradition of this district.

When it comes to the selection process, the candidates have to take up a written exam / Interview. Selected candidates will be paid a handsome salary (as per Govt rules). The type of questions that are asked in the technical interview round differs from one position to another. There are multiple steps for the selection process for the posts of Stenographer, Clerk, Peon, Process Server, Gardner, Chowkidar, Liftman, Sweeper, Watchman, Chauffeur, Cook, etc. in the Angul District Court. The procedure is as follows

We advise to you for other Angul Court Recruitment 2021 and selection process please read given official recruitment notification carefully before apply.

Know the current status of your case by Return SMS

Important: Case Number Record (CNR) is a unique Identity Number of each case, which remains constant. All the Advocates, Litigants, and stakeholders are requested to ascertain the CNR of their respective cases from the concerned Courts and to refer the same for all future references.